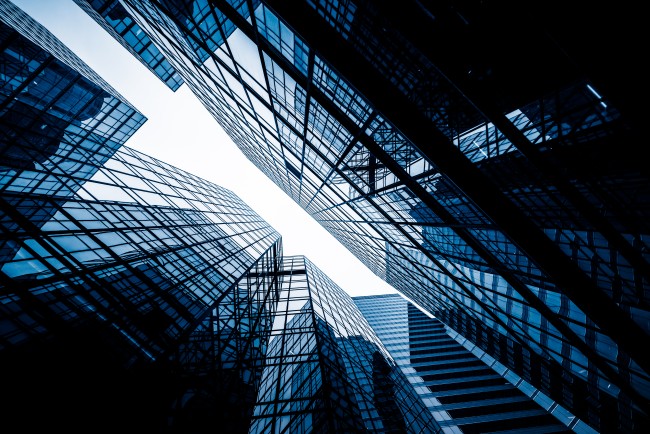 In this article we will list the top 25 richest companies in the world by market cap(as of 2022).

A dominant share of a market is more likely to occur based on the type of the service a company provides (which basically draws customers and stakeholders, that in turn helps in building a booming revenue).

Half of these companies belong to the technology sector that manufactures computers and electronics, develops software, and provides IT services.

The other half offer financial services that include deposits, loans, investment and wealth management, insurance, and brokerage services.

Most of these companies have their headquarters either in the US or in China. Some of them receive their financial aid from their governments too. Meticulously organised business and marketing strategies make these companies successful and profitable year-over-year.

Below listed companies are the richest companies in the world by market cap(as of 2022).

Richest Companies in the World

It was founded on April 1, 1976, by Steve Jobs, Steve Wozniak and Ronald Wayne. Its headquarters is in Cupertino, California, United States. Tim Cook has been its CEO since 2011 before which he was Apple’s chief operating officer.

Apple Inc. has more than 500 stores across the globe and 272 in the US alone. Australia, Canada, China, France, Germany, Italy, and Japan are the other major markets with more than 100 stores. There are around 1,54,000 employees working worldwide.

Saudi Aramco is the Saudi Arabian national petroleum and natural gas company. As of 2020, it is the largest oil producing company in the world by revenue and has the world’s second-largest proven crude oil reserves.

Saudi aramco is the world’s second-largest company to produce crude oil reserves. Saudi aramco was founded on 29 may 1993 by Amin bin Hasan Al-Nasser.

Its headquarters is in Dhahran, Saudi Arabia. Amin bin Hasan Al-Nasser is the President & CEO of the company till today.

It has global energy markets of Asia, Europe and North America and some of the operations in leading Asian countries like India, China, Malaysia, Japan, South Korea and Singapore.

It was founded on April 4, 1975, in Albuquerque, New Mexico, U.S by Bill Gates and Paul Allen aimed to develop and sell BASIC interpreters for the Altair 8800.

Microsoft is led by Satya Narayana Nadella as the CEO till date. It is headquartered at the Microsoft Redmond campus, which is located at One Microsoft Way in Redmond, Washington U.S.

Alphabet Inc. is a listed US holding company of Google LLC. It was founded on october 6, 2015, 7 years ago by Larry Page and Sergey Brin headquartered at Googleplex, Mountain View, California, U.S.

The company is led by Sundar Pichai, the current CEO. The Company’s services include Google Services, Google Cloud, and Other Bets. It includes products and services such as Google ads, Android, Chrome, hardware, Google Maps, Google Play, Search, and YouTube.

Amazon Inc. is an American online retailer with a wide range of products. It focuses on e-commerce, cloud computing, digital streaming, and artificial intelligence. Amazon is the market leader in Internet trade, and has the world’s largest selection of books, CDs and videos.

It was founded on july 5, 1994, by Jeff Bezos, an American entrepreneur, media proprietor, investor, computer engineer, and commercial astronaut. Its headquarters are in Seattle, Washington, U.S.

In addition to the US and the UK, other places where you can find a localized site for shoppers are China, Australia, Italy, Canada, France, India, Germany, Ireland, Japan, Spain, and Mexico.

Tesla, Inc. is an American company that manufactures and sells electric cars, power storage and photovoltaic systems. The company’s goal is to “accelerate the transition to sustainable energy”. It was founded on July 1, 2003 in San Carlos, California, U.S by Elon Musk, Martin Eberhard, JB Straubel, Marc Tarpenning, Ian Wright. Tesla is headquartered in Austin, Texas.

The company has manufacturing units in the US, Germany and China and has operations across USA, Asia Pacific and Europe with 1,10,000 employees. Tesla has a revenue of $16.93 Billion in the first quarter of 2022, an increase of  42% year over year compared to $11.96 Billion in the same period last year.

It was founded in 1839 in Cumberland, Rhode Island, U.S by Oliver Chace, in Kiewit Plaza, Omaha, Nebraska, U.S.

Warren Buffett is the CEO of the company. Berkshire Hathaway revenue for the quarter ending March 31, 2022 was $70.810B.

UnitedHealth Group is an American multinational managed healthcare and insurance company. It supplies  health care products and insurance services. It was founded in 1977, by Richard T. Burke and it is headquartered in Minnetonka, Minnesota, United States.

The UnitedHealthcare Global provides medical benefits for 6.2 million people living in Brazil, Chile, Colombia and Peru and also in more than 130 other countries. The company’s revenue grew rapidly to $80.3 billion in the second quarter of 2022.

Mark Zuckerberg is the chief executive officer(CEO). Its headquarters are located at Menlo Park, California, U.S. Metaplatforms products and services include Facebook, Messenger, Instagram, Whatsapp, Facebook Watch, and Meta Portal with 83,553 employees in 2022.

Nvidia Corporation is one of the largest manufacturers of graphics processors and chipsets for personal computers and game consoles. The company was founded on April 5 1993, by Jen-Hsun Huang, Curtis Priem, and Christopher Malachowsky.

Jensen Huang is the chief executive officer(CEO) for the company. Its head office is in Santa Clara, California, U.S.

It competes with Intel Corp and Advanced Micro Devices and also operates in five major geographical regions such as China, Europe, Asia Pacific, Taiwan and the United States with 22,473 employees till 2022.

Visa Inc. is a stock corporation and, alongside Mastercard, one of the two major payment card companies and employs around 21,500 employees.

The VISA brand is a recursive acronym and stands for Visa International Service Association and was founded on September 18, 1958 (as BankAmericard in Fresno, California, U.S.).

Dee Hock is the founder of Visa and its headquarters is in Foster City, California, U.S. Alfred F. Kelly, Jr. joined Visa in December 2016 as chief executive officer(CEO).

The company is listed in the Dow Jones Industrial Average. Its major Industries are Pharmaceutical, Medical Technology, Consumer Healthcare. The company was founded in January 1886 in New Brunswick, New Jersey, United States.

Joaquin Duato is the chief executive officer(CEO) for the company. It produces products like Skin health/beauty, Self-care, Essential health products etc. The company offers its products in the US, Europe; Asia-Pacific and Africa with 144,500 employees.

ExxonMobil Corporation is an American multinational oil and gas company headquartered in Irving, Texas. It is the largest investor-owned oil company in the world, which was formed on November 30, 1999.

ExxonMobil converts crude oil and natural gas into petrochemical feedstocks  that are used in medical equipment, electronics, clothing, vitamin capsules, tires and many other products.

Kweichow Moutai produces and sells high-end Chinese liquors. Moutai liquor is very popular in China. The company was founded in 1999 and is headquartered at Maotai, Guizhou, China.

It is a publicly traded, partially state-owned enterprise in China. It produces and sells the spirit Moutai baijiu, beverage, food and packaging material, development of anti-counterfeiting technology, and research and also develops relevant information technology products.

Moet Hennessy Louis Vuitton commonly known as LVMH, is a French holding multinational corporation that specializes in luxury goods. The company was founded in June 1987 by Bernard Arnault, Alain Chevalier and Henry Racamier.

LVMH operates in the United States, France, Asia, Europe and Japan with 150,000 employees. LVMH is the world’s leading high-quality products group, recorded revenue of €36.7 billion in the first half of 2022.

Walmart Inc. is a global US retail group that dominates a large part of the US market. In the Fortune Global 500 list, Walmart is the number one top-selling companies in the world.

Sam Walton is the founder of Walmart and it is headquartered at Bentonville, Arkansas, U.S.

It offers a wide range of products and services, including clothes, jewelry, pharmacy, insurance, banking, and cellular services. It has more than 2,300,000 employees as of January 2022.

Doug McMillon is the President and  chief executive officer of the company.

The company works under the name Walmart in the United States and Canada, as Walmart de México y Centroamérica in Mexico and Central America, and as Flipkart Wholesale in India. It has operations in Chile, Canada, and South Africa with revenue of $573 billion, Walmart employs approximately 2.3 million associates worldwide.

It was founded on December 1, 2000 by Aaron Burr, Balthazar P. Melick, John Pierpont Morgan, John Thompson. Jamie Dimon is Chairman of the Board and Chief Executive Officer of JPMorgan Chase.

The Procter & Gamble Company is an American consumer goods company with headquarters in Cincinnati, Ohio, United States which was  founded on October 31, 1837 by William Procter, James Gamble.

Mastercard is a listed payment service provider and employed around 18,600 people in 2019. Alongside VISA, Mastercard is one of the two major international companies for payment cards (credit cards, debit cards and prepaid cards).

Mastercard issues licenses to banks all over the world for the issuance of their cards (issuing licenses) and for the recruitment of contractors. Around 35 million contracting companies accept the Mastercard and around one million cash payment offices worldwide.

Its headquarters is at Mastercard International Global Headquarters, Purchase, New York, U.S. Michael Miebach is the chief executive officer of Mastercard. It has more than 24,000 working employees all over the world. Its revenue in 2022 (TTM) is  $26.19 B.

Nestle S.A. is the world’s largest food company and the largest industrial company based in Switzerland. The head office is in Vevey, The company’s portfolio includes over 2000 food and beverage brands such as: Nestea, Nespresso, Buitoni, Nesquik, Perrier, Chocapic and Crunch which was founded in 1866; 156 years ago by the founder  Henri Nestle.

The Home Depot, Inc is an American home improvement chain based in Atlanta. The company was founded on February 6, 1978 in Marietta, Georgia, U.S, by Bernie Marcus, Arthur Blank, Ken Langone, Bernar Pat Farrah and Ron Brill. Edward Decker is the current CEO and president of the company.

It operates 2,284 DIY stores (as of April 2018) in North America (USA, Canada, Mexico, Puerto Rico) and claims to be the largest DIY store chain in the world.

Today, The Home Depot is the world’s largest home improvement retailer with approximately 500,000 associates and 2,300 stores in the U.S., Canada and Mexico.

The Home Depot also owns home improvement stores like the EXPO Design Center, Landscape Supply Garden Center, and a number of specialized stores. The company has over 490,600 employees and reported sales of $38.9 billion for the first quarter of fiscal 2022.

Its headquarters is in San Ramon, California,U.S. and active in more than 180 countries. Michael Wirth has been the chairman and CEO of Chevron Corporation since 2017.

Chevron is engaged in every aspect of the oil and natural gas industries, including hydrocarbon exploration and production; refining, marketing and transport; chemicals manufacturing and sales; and power generation.

Chevron’s oil and gas exploration and production operations are primarily in the US, Australia, Nigeria, Angola, Kazakhstan, and the Gulf of Mexico. Chevron Corp. is currently employing 42.59 K people with reported earnings of $11.6 billion ( $5.95 per share – diluted) for second quarter 2022.

It was founded on 1 March, 1938 in Daegu, Japanese Korea, by Lee Byung-chul; with headquarters in Seoul, South Korea. Han Jong-hee was the vice chairman and CEO.

South Korea is one of the countries it operates with 287,439 employees with a revenue of  279.6 lakh crores KRW.

Above mentioned are the top 25 richest companies in the world by market cap. If you like the article, please share this article with your friends and family.

Tips to Start Custom Printed T-Shirt Business with a Bang

Why Passion Projects Make You Stand Out From The Competition

How to Avoid the Common Pitfalls in Real Estate Investment

What Is Enterprise Labeling and Why It’s Beneficial